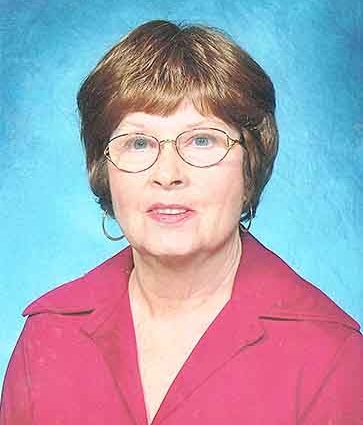 Bette Weickum passed away December 24, 2019, in Hospice Care at Harmony Home in Yuma, Colorado. Bette was born June 26, 1927 to Loyd “Bud” and Velma Gurss in a sod house south of Laird, Colorado.
Bette attended rural schools in the area most often riding a trusty horse to school. She survived dust storms, tornadoes, and the flood of 1935 when the Arickaree River surrounded their home for a short time. Bette eventually finished High School in Wray, Colorado and shortly after married Oren (Junior) Stallings, to that marriage were born two children (Sharon Stallings) Hickman and Larry Stallings.
Junior built and operated the Highway 34 Tavern and Liquor Store in Eckley, Colorado where they also made their home. Junior’s life was cut short by a tragic car accident near Yuma. Bette with the help of her mother and father kept the tavern open during that time.
Bette developed a relationship with Don Murphy, a bartender and peace keeper employed by Junior. Don had lost his first wife to polio and they had a child together, Dennis Murphy. Don and Bette soon after wed and to that union was born, Kelly Murphy. Don took over the reins of the tavern moved to Yuma in 1961. Bette had started teaching dance classes and continued giving lessons to young and old for many years. Time moved forward and Bette revived her love for horses and raising, training and showing her beloved horses at fairs and local events, winning trophies and ribbons. Between teaching dance working with horses and rearing children she taught herself to play the harmonica, keyboards and guitar. Often playing with her sister-in-law, Eva Bowden, and their small band. Don and Bette divorced in 1971.
Soon after Betty married local veterinarian, Victor Weickum. Vic had two children, Kendall Weickum and Vicky (Weickum) Allen. Now even more people for holiday meals. Bette and Vic spent countless hours working with the horses, planting flowers and trees around the property. Time moves forward and Victor passed to quickly. Bette had six horses to tend to after Vic’s death. That’s a lot of feed, alfalfa and clean up as Bette was getting older herself.
After 23 years of marriage to Victor, Don Murphy shows up again in Bette’s life again. Don helped with all the chores, as he had always loved horses as well. Don and Bette had a few good years together sharing horses, cats and music. Bette spent a lot of time reading many various books and was very well versed in many subjects. September 1998 Don passed away and once again Bette had lost a partner.
She finished the last years of her life in “Yuma with her cats, music and books to muse herself. She will be remembered fondly and missed sadly. Bette was preceded in death by her parents, Bud and Velma; Husbands, Oren Stallings, Victor Weickum and Don Murphy; Stepson, Dennis Murphy; Grandson, Brian Hickman and daughter, Sharon Hickman.
Remembered fondly by sons, Kelly Murphy and Larry Stallings; Grandchildren, Alison Murphy, Phillip Murphy, Gary and Christina Weickum, Erin Hickman; Great Grandchildren, Anthony Murphy, Taylor Murphy, Caden (Ash) Hirsch and Kaia Hickman along with many cousins, nieces, nephews and friends. Bette thanks you for sharing your life with all of us. Much love for you!!!
There will be a celebration of life on Friday, January 10, 2019 at the Baucke Funeral Home in Yuma, Colorado at 11:30 a.m. – 1:30 p.m. A light lunch will be served. It will be a time to pay respects and sharing of Bette’s life.