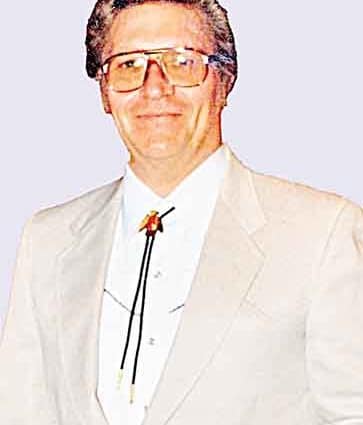 Carl Junior Atkinson of Denver was born on April 22, 1932 to Carl R. and Nora (Wall) Atkinson in Yuma, Colorado. He passed away on February 7, 2020 in Denver, Colorado at the age of 87.
Carl attended the Yuma Schools and graduated from Yuma High School with the class of 1952. He joined the Navy on September 16, 1952. While in the Navy he served on a ship named the US Green Let #10 during the Korean War. His service included Pearl Harbor, China, Japan with his last shipment being to the Philippines. He was Honorably Discharged on August 31, 1956.
Carl married Alice M. (Rawson) Atkinson on November 28, 1953 in Wray, Colorado. To this union two children were born, Kathy and Kerry. Carl and Alice shared sixty years of marriage before she passed on December 17, 2013.
Carl was a career truck driver working for Nobel and later going to Safeway until he retired in the mid 1990’s. Carl was a long time member of the Elks joining in 1960 until the present time.
Carl was preceded in death by his wife, Alice M. (Rawson) Atkinson; son, Kerry Atkinson; two brothers and five sisters.
Carl is survived by his daughter, Kathy Brophy along with five grandchildren and 12 great grandkids. Sisters; Norma Means of Arizona and Norelda Howard of Georgia.
The funeral service was held on Friday, February 14, 2020 at 10:00 a.m. at the Baucke Funeral Chapel with Pastor Jaime Nieves officiating. Interment followed at the Yuma Cemetery. Baucke Funeral Home directed the service.