There is a new development in town that is generating a lot of interest.
Three Yuma men — Shane Galles, Justin Coughlin and Chad Rayl — have teamed up to create Revive Management, with an eye on creating a quality rental housing development on an approximately three-acre lot between N. Birch and N. Main.
The first duplex of what will eventually be a 24 or 25-unit complex arrived a couple of weeks ago, and was moved on to its foundation, with crews using a large crane to do so, last Thursday — attracting quite a crowd of onlookers in the process.

“Yuma needs it,” Galles said. “Yuma is short of housing. It’s nice to be able to do something to help improve the community…it’s time for some of us younger guys to step up to the plate, take the risk, and it is a risk.”
Rayl said Revive Management wanted to stay away from traditional low-income housing.
“We wanted to revive our community,” he said. “That’s the direction our company is taking.”
Coughlin and Rayl are Yuma High School graduates who have come back to Yuma, and Galles is married to a YHS grad.
It was Galles who started scouting out locations for a possible rental housing complex. The lot where the development is taking place eventually came up for sale, and Galles rounded up his partners to get it going.
“I’m excited about it,” Coughlin said. “Any sort of development in Yuma is good. I don’t think we’ve had anything like this in a long time.”
The development is called “Hidden Acre Homes.” That’s a nod to the fact one cannot really see it from N. Main. The first units being installed are located along N. Birch, and are accessible from that street. However, the rest of it will be accessed from N. Main.
The first one, which will be available to rent later in the spring, is a two-unit two-story family duplex, including a garage. Another one will be placed next to it later this year.
Eventually, there will be two tri-plexes that will be located off the entrance from N. Main. In the middle, shaped as a horse shoe, will be seven single-story duplexes.

There will be sidewalks throughout the complex, grass and trees, and even a small park that will have grill stations, according to the plans.
However, it is going to take time before the plan’s vision is fully realized. The Revive Management guys said it probably will take about three years before it is completely done. They are having to do it in phases — the tri-plexes on the east side will come next after the two two-story duplexes are completed, followed by the center horse shoe duplex alignment.
The tri-plexes and single-story duplexes will including parking lots for the tenants’ vehicles.
Galles, Coughlin and Rayl stressed that nearly all of the work is being done by local contractors — dirt work, electrical, plumbing, landscaping.
“We have to keep pressing forward,” Rayl said, “because we know it’s going to work.” 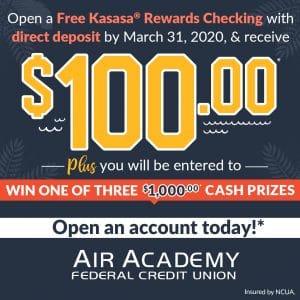