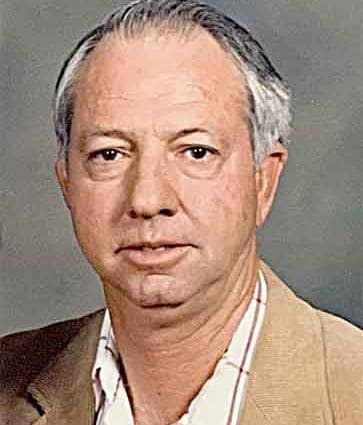 David Kent Goeglein passed away on March 6, 2020 at his home in Greeley, Colorado, surrounded by family. He was 78 years old. Dave was smart, ornery, loving, generous and a hard worker. He was loved by many and will be dearly missed. He began his life on the day after Christmas, December 26, 1941, in Yuma, Colorado to Edwin William and Ruby Ellen (Bash) Goeglein. On February 1, 1942 Dave was baptized with Henry and Edna Goeglein his sponsors. His confirmation was celebrated on April 3, 1955 (Scripture I Corinthians 6:20), and Dave was especially proud of the fact that he was confirmed the same day as his mother, Ellen.
Dave grew up on the family farm located northeast of Yuma, along with his younger brother Rich. Being ornery, he led his younger brother astray at times as all older brothers will do. One of those times, Dave talked Rich into helping him dispose of rotten eggs by throwing them against the family farm granary wall. Needless to say, their dad was not very happy with that pastime.
Dave was the energizer bunny and enjoyed working summer fallow and running the combine at wheat harvest. In 1958, Dave had a Grand Champion hog at the County Fair. That win helped to make up for the time he had a hog project, but due to bad luck, lost every hog to disease. Dave loved fast cars, and speed was the name of the game in those days. Two favorites were his 1958 Chevy and his 1965 Mustang.
A member of the graduating class of 1959 at Yuma Union High School, Dave then attended Colorado State University for 6 years, obtaining a degree in Ag (soil chemistry). After receiving his college degree, Dave joined the U.S. Navy and moved to Pensacola. There, he entered the U.S. Navy School of Aviation, working toward a goal of becoming one of the Navy’s top-gun pilots. Within months, Dave had contracted a foot disease forcing his release from the service.
Dave owned and operated H & S Irrigation in LaSalle, Colorado for 23 years. The hard work ethic he developed while growing up on the farm, he carried on to his business. Dave was very proud of his business and appreciated his employees hard work. For many years before his retirement, Dave enjoyed taking his employees to one of his favorite places in Mexico for a yearly vacation as a sign of that appreciation.
Dave is preceded in death by parents Ed and Ellen Goeglein, first wife Jo Ann (Henkle) Goeglein, and his son Christopher Goeglein.
He is survived by his wife of 30 years, Glenda R. (Dunn) Goeglein, daughters Tyhmara Morris (Douglas Burke), Jennifer Goeglein, Melinda Roberts (Neil Stockholm), Kara (Robert) Cassidy, Kendra (Michael) Kearns, and son Mark (Deb) Osborn, brother Richard (Sandie) Goeglein, 19 grandchildren, 3 great-grandchildren, and 2 nephews.
A memorial service was held at Adamson Life Celebration Home in Greeley, Colorado on Wednesday, March 11, 2020. Viewing was from 10:00 a.m. to 12:00 p.m., with the service immediately following. A reception for David’s family and friends was held in the Celebration hall.
A graveside service for David will be held on Friday, March 13, 2020 at 1:00 p.m. at Yuma Cemetery.
In lieu of flowers, the family asks that donations be made to Accent Hospice Care of Northern Colorado or the charity of your choice.