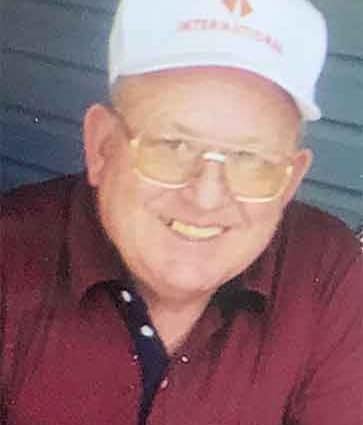 Howard Lee Myers was born May 24, 1931 in Yuma, Colorado to Fred Austin and Josie Olive (Davis) Myers. He passed away December 29,2019 in Greeley, Colorado. Howard was the 6th child of the family. At a mere 3 ½ pounds, Howard’s crib was the dresser drawer. His mom bathed him in front of the cook stove with the door open. He grew up in the country south of Yuma. Howard owned a 1932 Ford Roadster and was very proud of it. Howard attended Yuma Union High School and graduated with the class of 1950.
Howard married the love of his life on November 21, 1954 at the Presbyterian Church in Denver, Colorado. This love endured almost 65 years and even after Joyce went to the nursing home Howard would go visit and sit beside her on the couch holding hands and eating ice cream. To this union 4 children were born. Mike, Steve, Tammy, and Patty.
Howard owned and operated the gas station in Yuma. They moved to Ft. Morgan and then to Fort Collins where Howard worked at the Coast to Coast store. He then worked at Northern Colorado Equipment in Fort Collins and then transferred to Ellis & Capp in Greeley. He worked there until he retired. Howard and Joyce loved to travel and visit the kids and grandkids. Howard loved to bowl and was on several leagues for years.
Howard is proceeded in death by his wife Joyce, his parents, and all of his siblings. He is survived by his son Mike and wife Mary, son Steve and his wife Kris, daughter Tammy Drommond and her husband Snuff, and daughter Patty Baucke and her husband Gary. Nine grandchildren and 17 great grandchildren. Also, sister in law Shari Pletcher and husband Paul, along with several nieces and nephews.
A graveside service was held on Saturday, January 11, 2020 at the Yuma Cemetery.
Schmidt-Jones funeral home was in charge of the arrangements.