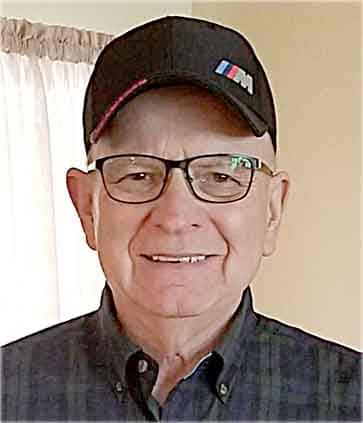 Jackie Leroy Watts went home to be with the Lord on Aug 11, 2020 in Greeley, CO
Jack was born on May 8, 1946 in Bentonville, AR to William Jay and Floe Ann (Taylor) Watts.
Jack attended Sidney Public Schools and graduated in 1964. He worked for Sidney Parks and Recreation Department and Egging Tractor Cab Factory in Gurley, NE prior to going to college.
On January 15, 1966, he married Kathy Thompson and from this union two daughters were born Jacqueline Ann Watts and Nicole Marie Watts. He received his teaching degree at Chadron State College in 1973.
Jack and his family then moved to Yuma, CO where he taught art in the Yuma Public School system for 6 years from 1973-1979. He became a machinist at Yuma Auto Supply Machine Shop where he rebuilt automotive and industrial engines for 28 years from 1979–2007. In 2007, Jack and his wife moved to Greeley, CO where Jack worked at Walker Manufacturing for 13 years.
Jack appreciated art and pottery along with his family trips to Italy where he really enjoyed visiting the artwork of the great Italian masters. He loved life and attending yearly car shows all over the state of Colorado.
Jack always shared his faith and encouraged others to walk in and trust in the Lord.
One of his favorite Bible verses was: Jeremiah: 17: 7-8: Most blessed is the man who believes in, trusts in and relies on the Lord, and whose hope and confidence the Lord is. For he shall be like a tree planted by the waters, that spreads out its roots by the river, and shall not see or fear when heat comes, but his leaf shall be green: he shall not be anxious and concerned in the year of drought, nor shall he cease from yielding fruit.
He is survived by his wife Kathy Watts and daughter Jacqueline Ann Watts and grandson Federico Fenu and daughter Nicole Marie Brown and her husband Jeffrey Brown; sisters-in-law: Cindy Lessman and husband Milan, Cornelia Louderback and husband Steve and Elizabeth Twarling and husband Randy; brother-in-law: Neal Thompson and wife Barb and numerous extended family members. He was proceeded in death by his parents William J. Watts and Floe Ann Watts along with his brothers Ronnie Watts, Phil Watts and his sister Ruby Nelson.
Funeral Services will be held in the Gehrig-Stitt Chapel in Sidney at 11:00 A.M., on Tuesday, August 18, 2020. Private family burial will be in the St. Mary’s Catholic Cemetery in Dalton prior to services. No visitation or viewing is planned. Friends may stop at the Gehrig-Stitt Chapel on Monday to sign Jack’s register book and drop off condolences for the family. Memorial contributions may be made in care of the family for future designation. You may view Jack’s Book of Memories, leave condolences, photos and stories at www.gehrigstittchapel.com.
Gehrig-Stitt Chapel & Cremation Service, LLC is in charge of Jack’s care and funeral arrangements.