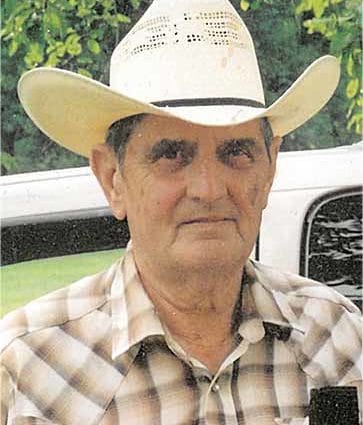 Jack Lee Williams, known to most as “Cowboy Jack”, age 88, of Gays Mills, Wis., passed away peacefully at home on May 27, 2021, surrounded by his family. He was born in Ashland, Kansas August 1,1932.
I am about the same Jack Williams, as I was 72 years ago when I graduated from High School in Yuma, CO. Only 72 years older and I do not do much dancing or playing the jukebox anymore.
I am married to a wonderful lady who’s name is Darlene. We have been married for 65 years. We have three children: Karen (Dan) of Sun Prairie, Wis., Brent (Chris) of Oskaloosa, IA and Travis (Lori) of Gays Mills, Wis. Our family has grown with seven grandchildren: Brandon (Brittany), Kory, Kayla (Landon), Aspyn, Hope, Sydney and Abby. We grew even more with six great-grandchildren, Thea, Nathaniel, Quin, Nolan, Remington and Roseline.
I have broke horses, jockeyed race horses, rodeos, worked on ranches, worked in oil fields, was a truck driver, bought and sold cattle, worked as a construction worker, and was a bartender. I was also in the Army, in Europe from 1953-1955.
So I am Jack of all Trades and a Master of none.
I have been retired and living in Gays Mills. I have tried not to miss a moment with my camera.
Funeral Services were held on Tuesday, June 1, 2021, at 12:00 p.m. (Noon) at Vosseteig Funeral Home in Gays Mills. A visitation was held from 10:00 a.m. until time of service. Jack was laid to rest in the Gays Mills Cemetery with full military honors. Online condolences may be made at www.vossfh.com.