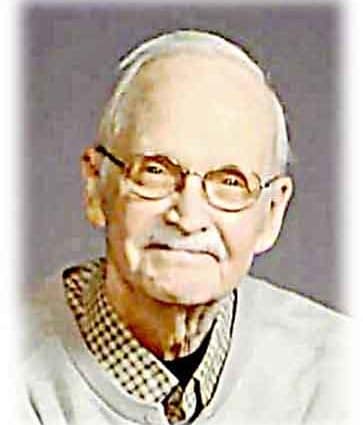 Devoted husband, loving father, doting grandfather, faithful Christian, steadfast friend and dedicated educator, James Robert McCabe passed on to his heavenly home surrounded by his family, June 20, 2020 at his home in Littleton.
Jim was born on April 14, 1945 in Cheyenne, Wyoming, the third child of Thomas and Alice McCabe. At the age of five his family moved to the family’s home on Elmira Street in Aurora, Colorado. He spent his formative years goofing off with his brother Rich. The childhood stories Dad would tell could have easily been compiled into a book titled “The Adventures of Rich and Jim and Many Times Our Cousin John” (Horan). Jim attended Aurora Public Schools and graduated from Aurora Central High School in 1963. After his mother said “Go to college or join the Navy”, he began a lifelong passion for education and learning and was a pioneer in Early Childhood Education. He acquired an undergraduate degree from Western State College in 1967, a Master’s Degree from the University of Northern Colorado in 1971, an Educational Specialist Degree from UNC in 1981, and his Ph.D. from the University of Colorado in 1996.
Jim took his first job teaching Science at Strasburg High School in 1967, and then served as Principal. In 1976, he moved to Yuma, Colorado where he was the Principal at West Yuma Middle School. In 1983 he advanced to the district office serving as Assistant Superintendent for West Yuma County Schools. In 1987, Jim became Superintendent of the Lake County School District in Leadville, Colorado. Jim was hired in 1994 as the Associate Superintendent for the Littleton School District until his first retirement in 2000. After a year as Interim Superintendent for Wray, Colorado, he completed his career as the Superintendent of Englewood Schools. Some career highlights include the Governor’s award for Excellence in Education in 1990. He was a member of Yale University’s National Faculty from 1989-1995. He implemented The Center Early Childhood Project in 1989. Jim was named the Colorado Superintendent of the Year in 1992. Jim had a tremendous career and during each chapter, he formed strong and lasting relationships with students and colleagues; relationships in which he placed the highest value.
Jim’s greatest accomplishment in life was his family. He married his junior high school sweetheart, Claire Richards, in 1965. They had four children: Patrick (1969), Rodney(1971), Jennifer (1973), and Kate (1976). Jim and Claire provided a very loving home. Their mentorship and guidance has been perfect. The family has always been very close, even as it expanded to include daughters-in-law Keri (Pat) and Kirsten (Rod) and son-in-law Todd Lentz (Jenn). Jim received a life-saving liver transplant in October of 1999 for an autoimmune liver disease. This great gift allowed Dad to get to know his eleven grandchildren who have all become the apples of his eye. He has had a tremendous impact on the people they are becoming.
In addition to his work and family, Jim had numerous interests and didn’t have the ability to do anything halfway. He loved sports and competition. He was the Aurora City ping-pong champion as a youth and won a state title in bowling in middle school. He was a gymnast in high school, loved handball and racquetball in college and was always up for pick-up basketball. Jim was an avid golfer and won the club championship when living in Leadville. He enjoyed bird hunting and was a master fisherman and loved the Arkansas and Eagle Rivers. Jim was a craftsman of stained glass with his largest and proudest project being four windows that hang in the First Presbyterian Church in Yuma, Colorado. The Colorado Rockies were his favorite professional team while his grandchildren were his favorite athletes. Having a lifelong love of cars, he became a “gear head” improving and increasing the horsepower of the three Ford Mustangs he owned in retirement and took car detailing to a new level. Jim was also an active member of the Presbyterian Church.
Jim was preceded in death by his father Thomas Junior McCabe, and his mother Alice May (Vernon). He is survived by his wife of fifty-five years, Claire, his sister Patricia Hood (Milton); his brother Richard (Julie), his son Patrick and Keri (Korf), granddaughters Robbie, Molly, and Emma; his son Rodney and Kirsten (Taylor), grandsons Noah, Nathan, and Griffin; daughter Jennifer and Todd Lentz, grandchildren Alexandra, Rachel, Evangeline and Theodore, daughter Kate and grandson Grayson, seven nieces and nephews, and a multitude of lifelong friends.
Memorial services are pending. Please check funeral home website for the announcement of the service details as they become available.
In lieu of flowers contribution may be made to St. James Presbyterian Preschool, 3601 West Belleview Ave., Littleton, CO, 80123 www.sjpreschool.org. or Lttleton Public Schools Foundation, 5776 S. Crocker St., Littleton, CO, 80120 www.littletonpublicschools.net/spsf
Condolences can be left on Jim’s Tribute Wall by going online at www.EllisFamilyServices.com.
Arrangements are in the care of Ellis Family Services, Funeral and Memorial Care, Littleton, Colorado.