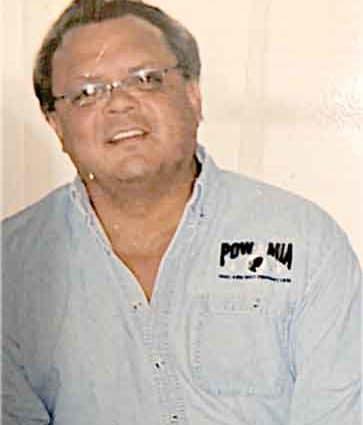 Johnny Albear Medrano, 55, of McCook, NE passed away on December 30, 2020.
He will be deeply missed by his wife of 20 years, Kim; children, Stacey and Jake; brothers, Lupe, Martin, Art, Steve, and Peter; sisters, Alice and Yolanda.
Johnny was born in Ballinger, Texas to Lupe and Juanita Medrano. In his early years his family moved to Yuma, Colorado where he graduated from high school. After his high school years Johnny enlisted in the United States Army, where he served our country from 1986 until his honorable discharge in 1991.
He met and married Kim Tyson and together they had Stacey and Jake. Johnny loved the great outdoors and peaceful settings. He could sit and fish all day and be content even if he didn’t catch anything. He loved walks and barbecueing.
Johnny is preceded in death by his parents, Lupe and Juanita and brothers, Simon and Mike. A Mass of Christian Burial was held on Tuesday, January 19, 2021 at St. Therese Catholic Church in Aurora, Colorado. Johnny will be laid to rest at Ft. Logan National Cemetery in a private ceremony later.