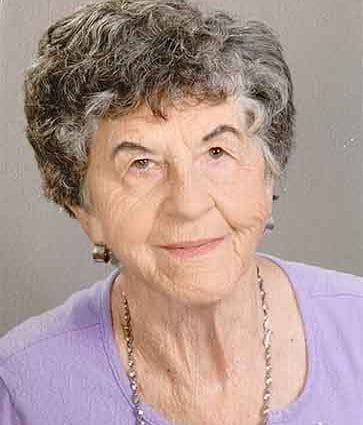 Juanita Lorene McCauley, 82, of Yuma, Colorado, passed away on 05/22/2020 at the Yuma Life Center.
She was born to parents Curtis “Ted” Theodore Mann and Jessie Marie DULL Mann, on 08/23/1937 in a cabin tent in the mountains outside Minturn, Colorado Where her father worked for the railroad as a wheelman.
She Went to school in a one room, concrete school north of the Republican river , a few miles north of the Yuma/Kit Carson county line until the schools were consolidated with Kirk school & other rural schools in the area. Later the family moved to Burlington, where she graduated from Burlington high school in 1955.  She went on to Denver to become a clerk and later married and had children & settled in to being a mother & wife.
She enjoyed Genealogy early in life and took up the hobby which she instilled in her daughter Anisah Sheryl. Nita, which she is lovingly known by also loved crocheting blankets for family for most of her adult life. She enjoyed quilting, gardening, food preservation, & sewing, visiting family & friends across the country & globe. She was an astounding cook and baker but later in life she hung up the cook’s apron to thoroughly enjoy having others cook.
Juanita met Clarence “CW” (MAC) McCauley 1971 when her family lived down the road from his ranch in Yuma county. They were married on July 1972 in At sunrise ceremony above Bonnie dam reservoir in Yuma county, Colorado & returned to the ranch until ‘76. They moved to Yuma, then Loveland Colorado where they lived for a number of years before she returned to Yuma, CO to be close to family. Together they raised her 4 biological children and numerous chosen Children whom they took under their wing.
She is survived by her children; son Jerry (Colorado), son Curt (Colorado), daughter Anisah Sheryl (Colorado), son Victor (South Dakota), son Richard (Colorado), son Richard (California), daughter Toni (Colorado), daughter Lisa (Colorado), daughter Tinie (Costa Rico); As well as spouses & partners of her children; 9 grandchildren & their spouses; & 6 great grandchildren of which some are in the States, Singapore, & Egypt.
She was preceded in death by her parents, her husband Clarence, her daughter Famiko (Japan).
The family has entrusted Baucke funeral home with the arrangements. A Grave side service was held to celebrate her life on Tuesday, May 26, 2020 at 11:00 a.m. with viewing from 9 a.m. -11a.m. at the Yuma Cemetery.