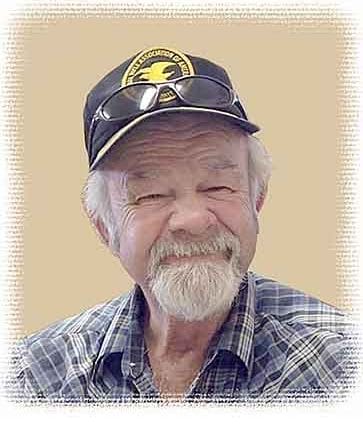 Larry Q Mower, 79, of Kirk, CO passed away peacefully on the morning of May 23, 2020 in Denver, CO at the old Lowry Air Force Base, which also happened to be the first base he lived on when he was first stationed in Colorado in 1979.
Larry was born on May 22, 1941 in Spring Lake, Utah to Henry Lawrence and Emily Elizabeth (Hiatt) Mower. Larry is the oldest of six children. Larry spent his childhood growing up in Payson, Utah and joined the United States Navy in 1958. Larry married Cordelia Rink June 8, 1959. They had two children; Sharan and Larry Jr. After their four year union ended, Larry then married Zenith Smalley on December 7, 1963. This marriage added three more children to the family; Kimberly, Renee, and Heather.
Larry continued to serve in the Navy and retired as an electrician in February 1992. After the Navy, Larry worked for Lockheed Martin, retiring in 2002. Larry has also worked for the Boeing Company, Mountain States RV and Stratton Equity Coop, just to name a few. He was also a volunteer Fireman with the Sable Altura Fire District. He had a very strong work ethic.
Larry lived in Kirk, CO for his last 16 years of life because he loved the small town community. He said it reminded him of his childhood in Payson, UT. Larry also loved being a cowboy, (since childhood), hunting, black powder mountain man rendezvous, throwing tomahawks, tactical training and HAL 5 in the Navy, tinkering around the house as a handyman, or just listening to the wind blow through the trees. But above all, Larry loved spending time with his family.
Larry was preceded in death by his parents, Henry Lawrence and Emily Elizabeth Mower. Larry was also preceded in death by his great grandson, Ethan L. Giddens.
Larry is survived by his wife Zenith of 56 years of marriage, his children; Sharan and Charles Todd, their children (Russell, Hollie, and Richard), Larry Jr and Tricia Mower, their children (Tawnie, Breanna, Seth, Taylor, Ethan and foster son Terence), Kimberly Mower, her children (Jason, Nuquay, Tywanna, Janay, Isaiah, and Elijah), Renee and Dennis Ringor, their children (Dominique, Kaela, Nicole, Lorin, and Jasmyn), and Heather Deverell, her children (Darius and Sadie). Larry is also survived by his 23 great grandchildren. And Larry is survived by his siblings Janet Salazar, Paul Mower, Lynda Sargent, Joe Mower, and Merilee Jones.
A graveside service was held on May 30, 2020 at 11:00 A.M. at the Kirk Cemetery in Kirk, Colorado. Baucke Funeral Home directed the arrangements.