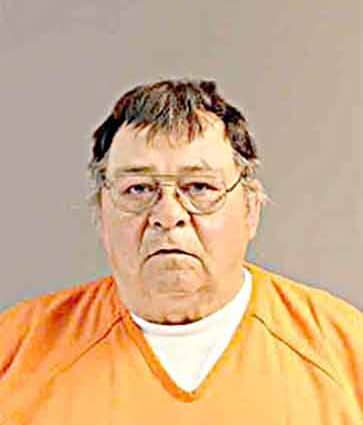 From the Yuma County Sheriff’s Office
On May 2, 2020 just prior to noon, the Yuma County Sheriff’s Office received a call of a “stand-off” involving guns at a residence on the Yuma/Kit Carson County line near Highway 385.
The caller reported at least one shot was fired.
Upon arrival, it was determined that an argument had started between two men and a woman. One of the men presented a handgun and the two men fought over the gun. One round was fired. Luckily, no one was hit. The intended victim was able to take the handgun from the suspect while the female was striking the suspect with the blunt edge of an axe.
The suspect was able to gain control of the axe, after the axe head fell off, and was then confronted by two Division of Wildlife officers who had responded to the call. After a short stand-off, the suspect surrendered peacefully. No serious injuries were sustained.
Terry Meek of rural Yuma County was taken into custody and booked into Yuma County Jail on Attempted First Degree murder, two counts of felony menacing and second-degree assault. The investigation is ongoing.
The Yuma County Sheriffs Office would like to thank the Colorado Division of Wildlife, Kit Carson County Sheriff’s Office and the Colorado State Patrol for their assistance in with this incident.