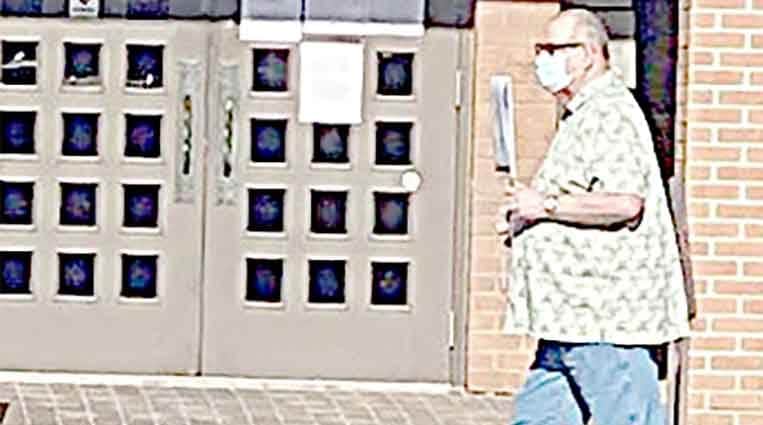 A former Yuma mayor briefly picketed in front of City Hall, early last week.
Gene Seward was seen the Monday morning before last, April 27, carrying a sign while walking back and forth in front of City Hall. Someone took a picture and sent it to the Pioneer, but the Pioneer was unable to contact him about what is was all about until this past Monday, when his downtown barber shop was open.

He said his sign read “America’s lost and now we’re in a police state.”
Seward, who served as councilman and mayor, said he had opened his barbershop on Sunday, April 26, as Governor Jared Polis’ “Safer-at-Home” executive order went into effect. Seward said he thought it allowed him to reopen. However, Yuma police came by

and told him he was not allowed to be open yet. The officer left to get verification, Seward said, then returned and said he could not open until May 1.
Though he disagreed, Seward complied.
“What got me was all these places are open and places like this, with more sanitation than most places, could not be open,” he said.
Seward added there is even more sanitation requirements in place now.
I’ve been here 33 years and never had any problems with disease or illness, not even lice because of all the sanitizer I use around here,” he said.
The barbershop finally reopened this past Sunday, and Seward, with his protective mask on, has seen his customers return.
As for his protest last week, he learned just how empty and quiet Main Street has been for the past seven weeks or so.
“I just left after a bit,” Seward said. “There was not many out, so I thought it was just a lost cause.”