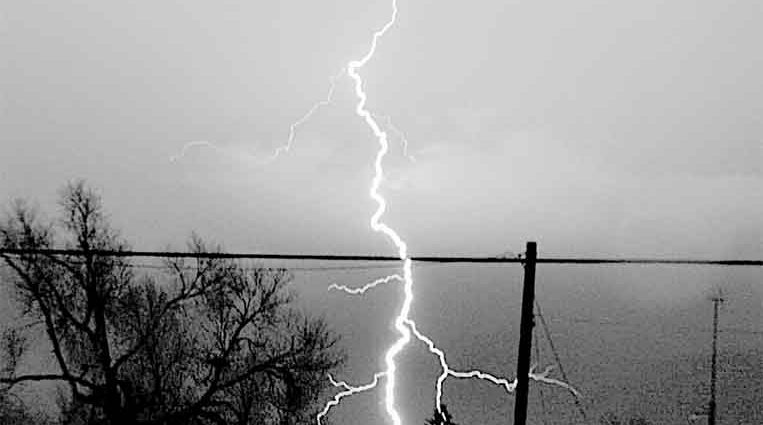 Moisture finally arrived in the region over the weekend.
Yuma and the surrounding region had not received any significant precipitation for months. The county had been under a Red Flag Warning several times recently as temperatures rose.

However, much of the area finally got some relief, thanks to a series of overnight thunderstorms. The first came Friday night/Saturday morning, followed again the next night, and finally again Sunday night/Monday morning.
A thunderstorm rolled over Yuma around 10 p.m. Sunday featuring crackling lightning and booming thunder.
Rain measurements vary from gauge to gauge, and from one area to the next. However, the CoAgMet weather station located at the Irrigation Research Foundation site recorded a total of 1.19 inches from May 1 through May 4.
Unfortunately, that might be it for now as there is no rain forecast the rest of the week.
Still, it has been a welcomed relief for all vegetation around town, including yards, as well as all over the countryside.
Local agronomist Davin Doyle said it seemed the moisture was better north of Yuma, where rain measurements varied from 7/10ths of an inch up to 2 inches.
The rain was a boost to the winter wheat harvest, a hardy crop but one that was struggling through a lack of moisture, and then rising temperatures.
“The wheat was really suffering last Thursday and Friday in those nearly 90-degree temperatures,” Doyle said
While the rain was heavier up north, it also brought some hail.

“The rain was much more beneficial than any hail damage, at least so far,” local agronomist Merlin VanDeraa said.
Not only did last week’s heat stress the wheat, but VanDeraa said overnight freezing temperatures last month did its number also, adding that about 75 percent will survive.
He also noted the central and southern end of the county did not receive as much rain last weekend, and could really use more for the wheat, as well as for the grassland for the cattle.

More moisture in the next six weeks for everywhere will prove to be critical.
The warm and dry conditions has allowed farmers to plant their irrigated corn crops. Doyle and VanDeraa said the local crop is 70 to 75 percent planted already.
“It was going fast because there has been nothing to stop it until the rains came,” VanDeraa said. “I think everyone was ready for a break from planting.”