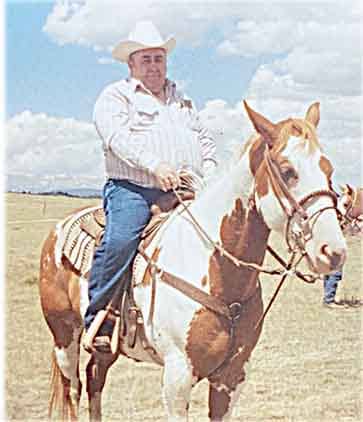 Ray Perrin entered into rest at home in Wray, Colorado on September 8th 2020, surrounded by family. He was proud to have celebrated 82 years of life and 62 years of marriage.
Ray Henry Perrin was born July 2nd, 1938 near Akron, Colorado to Joseph Martin Perrin and Martha Retha (Buhr) Perrin, the seventh of nine children.
Ray and Shirley Phyllis Howell of Otis were married June 8,1958 in Brush. Their family includes children Bonnie Luann, Tina Rene, Dwight Dean, and Calvin Scott; 14 grandchildren; 16 great-grandchildren; and two great-great-grandchildren.
Ray enlisted in the Navy in 1956 at the age of 17. After serving nearly four years on the high seas, Ray explored America by working on ranches; in the oilfield – where he worked his way up from worm to tool pusher; and driving his own semi over the road; as well as brief stints in various other careers such as being a police officer in Brush during the late 1960s.
Ray stopped traveling America’s highways in 2008, retiring to the small acreage he and Shirley shared outside Yuma. In 2018 they relocated to a smaller property in Wray as his health declined.
Ray led an interesting life as a man who would tackle any challenge, conquer any problem, wade into any fight. He was carpenter, mechanic, horseman, motorcycle rider, hunter, small plane pilot, church builder, NRA supporter, Dad and Grandpa.
Ray will be remembered fondly by his wife Shirley; daughters Bonnie Goad of Wray, and Tina Perrin (Chris Batchelder) of Hartzell, Colorado; sons Dwight of Windsor, and Calvin (Camille) of Yuma; numerous grandchildren; sisters Nellie Bechtell of Sheridan, Wyoming, and Lois Perrin of Lakewood, Colorado; and many nieces and nephews.
The entire family agrees they will never forget Ray’s unique sense of humor and love of practical jokes. Even though he seldom expressed his love in words, they always knew he would be there if his family needed him to protect, guide, and care for them.
Services were held Saturday, September 12, 2020, 2:00 p.m. at the First Southern Baptist Church of Yuma, Colorado with Pastor Chris Mulder officiating. Interment was held in the Yuma Cemetery. Arrangements by Schmidt-Jones Funeral Home of Wray.