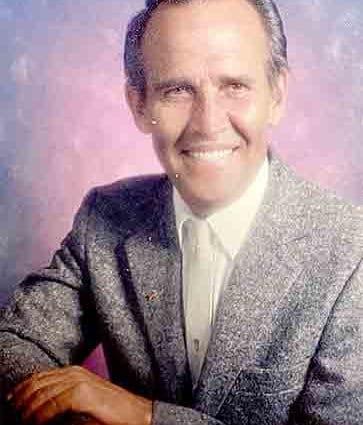 Richard (Dick) L. Tombaugh was born July 2, 1942 to Scott E. and Aileen (Devlin) Tombaugh in Wray, Colorado. After a prolonged illness he joined the Lord, October 14, 2020 at his home in Wray.
Richard was in the Air Force from 1960 to 1961. He married his lovely wife, Lila (Clabaugh) on August 10, 1962. Dick and Lila had five children, Christine Scott, Joyce, Michael and Richard. He was heavily involved as a volunteer in the Fire Service. He started in Colorado Springs manning the station during the day after a long night of work. He and Lila moved their family to California in 1970 where Dick started his 31-year career with the McClatchy Newspaper at the Fresno Bee. Dick and Lila started Fire Station 19 in Bonadelle Ranchos in Madera County, California. He served on the World Council of Volunteer Fire Fighters from 1970 thru 1992. Dick was a craftsman with a talent for building fine furniture.
He was preceded in death by his parents, Scott and Aileen Tombaugh, his brother, Chuck Tombaugh, his father & mother-in-laws, Arza and Pauline Clabaugh, his sister-in-law, Eleanor Ethridge, his brothers-in-law, Robert and Leonard Clabaugh.
He is survived by his wife, Lila Tombaugh of 58 years, his children, Christine (Ron) Gray, Scott (Lisa) Tombaugh, Joyce Tombaugh, Michael (Angela) Tombaugh, Richard (Christine) Tombaugh, grandchildren, Brittani Smith, Danielle Smith, Evan Tombaugh, Theodore Tombaugh, Alexi Naylor, Karlie Tombaugh, James Tombaugh, Ethan Tombaugh, Rachel Logadice, great-grandchildren, Mayson Rodrigues, Christian Rodrigues, Will Schnar, Grace Naylore, Brooklynn Naylor, and another expected around Christmas. He is also survived by his brother, Joe Tombaugh and sisters-in-law, Leona Scott and Nadine Dewey, his brothers-in-law, Rex Claybaugh and Arthur Clabaugh. He is also survived by many loving nieces, nephews and cousins.
A Rosary service will be held at the St. Andrew Catholic Church in Wray, Colorado on Thursday, October 22, 2020 at 1:00 p.m.; with Mass of Christian Burial following at 2:00 p.m. with Father Felicien Ilunga Mbala officiating. Interment will be held in the Grandview Cemetery in Wray, Colorado.
Memorials may be made to the Wray Volunteer Fire Department,145 Main Street, Wray, Colorado 80758.
Schmidt-Jones Funeral Home is in charge of arrangements.