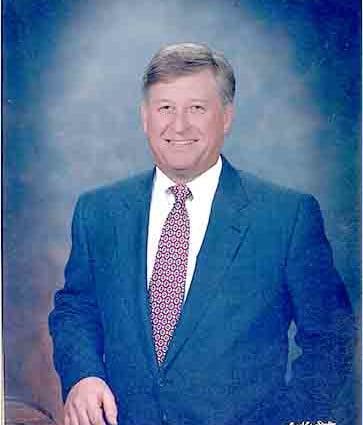 Ronald Lloyd Korf, 75, passed away October 19, 2020.
Ron was born March 15, 1945 in Yuma, Colorado to Lloyd and Lela Korf. He grew up and attended school in Yuma, graduating from Yuma High School in 1963. After High School, Ron continued his education at Western State, CU and CSU before enlisting in the Air Force Air National Guard before he was honorably discharged in 1973.
Ron always had big ideas and with his determination and consummate attention to detail he enjoyed many successful ventures. After his enlisted service he sold insurance for Northwestern Mutual Life before returning to Yuma in December 1974 to open Korf Chevrolet Buick, Inc. Ron married Pam (Williamson) in 1987 and together they expanded the business to include Continental Coach Van Conversions, then Oldsmobile, Plymouth, Dodge, Chrysler, Jeep, and Ford franchises with dealerships through the years in Yuma, Windsor, Sterling, Brush, Fort Morgan, Julesburg, Scottsdale, AZ, and Scottsbluff, NE. Always a leader, Ron was a past President of the Colorado Automobile Dealership Association, and Director for Colorado Community Bank. He was always looking for a deal – enjoying the investment and redevelopment of many real estate deals as well as remaining involved in the Korf family farm.
Ron was as passionate about the community as he was the businesses he built in them. He never missed the opportunity to give back through his support of area schools and community programs. Whatever he did; he gave it his all. Not one to sit still, he loved life and filled it with numerous hobbies and adventures that he shared with Pam, their family and friends. He loved to travel, piloting his aircraft, boating, golf, deep sea fishing and was never short of personal projects. Above all he loved spending time with Pam, their children and grandchildren.
After a long battle with cancer he passed away at home surrounded by family. Ron touched many lives and will be greatly missed.
He is preceded in death by his father Lloyd, his Mother Lela, and brother-in-laws, Don Chrismer and Don Scribner.
Ron is survived by his loving wife of 33 years Pam, daughter Alicia (Ronald) Blach, son Dave (Kirsten) Geyer, and daughter Kristina (Nathan) Klein; Eight grandchildren: Conner, Preston & Shelby Blach; Olivia, Carson & Tatum Klein and Coen & Blake Geyer; Brother Dan (Kathrine) Korf and Sisters Barb Chrismer, Kryste Korf and Pam (Dane) Nielsen; Nieces and nephews Susan, Cindy, Keri, Brian, Donnie, Rob, Ken, Desirée, Danielle, Sean, Karrissa & Kohlman; and numerous cousins, relatives and the large extended family of Korf Continental employees.
Graveside services were held at the Yuma Cemetery and a celebration of life will be held at a future date.