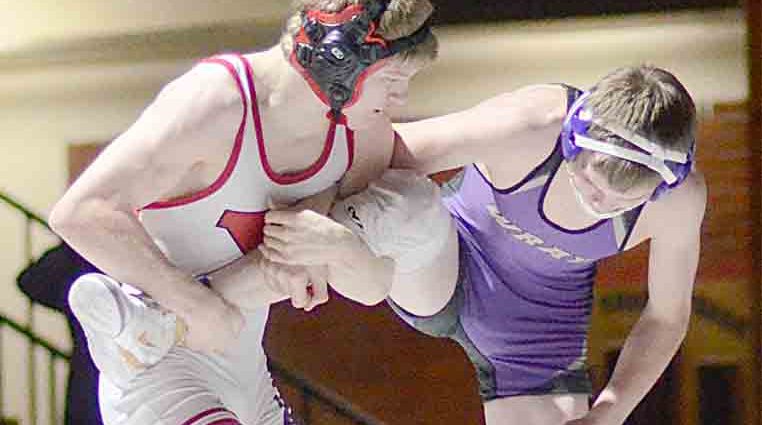 Now is the time for the Yuma High School boys wrestling team to make a statement.
The Indians will have 11 grapplers in the Class 2A Region 3 Tournament, Friday and Saturday at the Northeastern Junior College Bank of Colorado Events Center — and one could imagine most, if not all, qualifying for the 2A Wrestling Championships next week at the Pepsi Center in Denver.

However, don’t tell that to head coach Rory Lynch.
“We feel like we’re going to have to wrestle really hard to place as many as we did last year,” he said earlier this week.
Last year the Indians qualified eight for state while finishing second at regional to Wray, which proceeded to win its second straight 2A title one week later.
Everybody returns from that team, and this year’s Tribe pushed No. 1-ranked Wray to the limit in a 33-30 dual loss two weeks ago in The Pit.

However, can the Indians finally get over the hump and break that “Elite 8” barrier with a new school-record for state qualifiers? (YHS has had numerous seasons with eight state qualifies through the years, but never has broken above that number.)
Lynch isn’t saying.
“Last week (assistant coach) Kyle Newton did a really good job of practice planning,” he said. “They’re rested up and feeling good going into this week.
“Everybody is feeling good and they’re all excited,” Lynch added.
It used to be that regional seeding was figured out by the head coaches on Monday. However, in the Internet age, coaches have until late Wednesday to enter final records and other pertinent information on trackwrestling.com. Lynch said it likely will not be until hours before regional begins on Friday that seedings and first-round matchups are known.
It is known that the first round will begin at 4 p.m. Friday, followed likely by the quarterfinals. Wrestling will resume at 9:30 a.m. Saturday, likely with the semifinals (though don’t quote us on that) and then the consolation rounds until one is left with just six wrestlers in each weight.
Following a short break, then there will be the fifth-place and third-place matches, followed by the finals.
It is known the top four in each weight will qualify for the 2A state tourney. However, there is always the chance for the high-stress “wrestle backs” between the fourth- and fifth-place finishers. That can happen if the fifth-place finisher has defeated the fourth-place finisher in a previous round, or if the two had split victories with each other, of if the two had not wrestled each other earlier in regional.
(In other words, if wrestling for third place, win the dang match and avoid the possibility of a wrestle back.)
It also is known joining Yuma in 2A Region 3 will be Wray, Akron, Burlington, Byers, Clear Creek, Gilpin County, Highland, Holyoke, Limon, Loveland Classical, Merino, Platte Canyon, Sedgwick County/Fleming, Stratton/Liberty, and Wiggins.