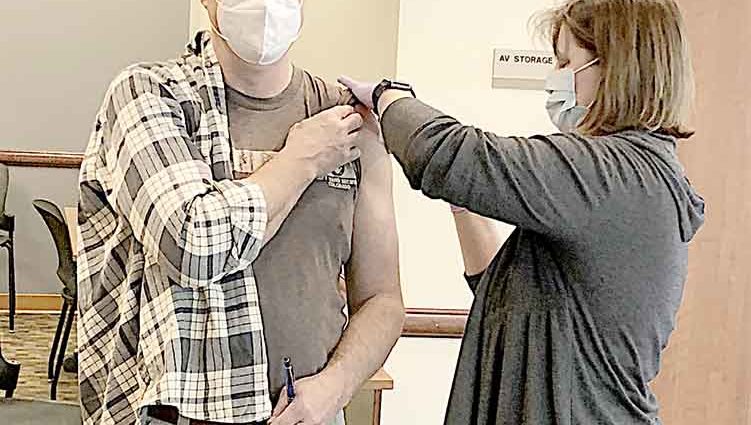 YDHC requiring masks for all

Yuma District Hospital & Clinics is requiring everyone to wear masks inside its facility as COVID-19 cases continue to rise in the region.
The requirement also includes the Akron Clinic.

The hospital district made the announcement last week on its Facebook page. It was a joint statement from the Yuma Hospital District Board of Directors, the medical staff and the facility’s leadership team:
“With an abundance of caution and after much thought, YDHC has made the decision to move to the CDC recommended guidance of indoor masking for all, regardless of vaccination status.
“We arrived at this decision based on the current transmission ranking of the state and our county, and with the added caveat that we are a healthcare provider, caring for some of the most vulnerable in our community.
“This process should provide a safer environment for our patients, our team, their families and any visitors. It is all about continuing to take great care of everyone and being vigilant in that endeavor — our mission.
“In advance, we thank you all for your patience and understanding, while allowing us to ensure that we continue to provide the highest quality of care in the safest environment for all.”
As the announcement references, COVID-19 cases are steadily rising.
Yuma County had its first COVID-19 death in several months, over the last 30 days, and has had two hospitalizations, as of the August 26 update found at nchd.org. That brings the total number of deaths in Yuma County to 18.
The county has had 25 new cases over 30 days, as of August 26. That includes nine new cases over previous seven days. The county had 20 estimated active cases.
Yuma County passed the dubious mark this week of having 1,000 cases since the first was reported in mid-March 2020. The total stood at 1,005 as of August 26, representing 10 percent of the county’s population of 10,063.
Regionally, there have been significant jumps in cases in Logan, Morgan and Sedgwick counties.
Sedgwick County, with a population about one-fourth that of Yuma, had 22 estimated active cases as of August 26. The county had eight new cases over the past seven days, and a test positivity rate of 10.2 percent. It had 25 new cases — an increase of 24 from the previous 30 days — and two hospitalizations over the last 30 days, as of August 26.
Morgan County, the region’s most-populous county, showed 72 estimated active cases. It has had 90 new cases over the past 30 days (an increase of 61 from the previous 30 days), including six hospitalizations. Those numbers include 32 new cases but no hospitalizations over the last seven days.
Logan County, the region’s second most-populous county, had 94 new cases over 30 days, an increase of 81 from the previous 30 days, with six hospitalizations. Those numbers include 29 over seven days, with two hospitalizations. The county had 72 estimated active cases as of August 26.

Phillips County remains fairly stable with six new cases over seven days, and 14 over 30 days. It has 11 estimated active cases.
Washington County has the lowest vaccination rate in the state at 32.5 percent — according to the state’s vaccination dashboard — yet also has one of the lowest incidence rates. It had six estimated active cases, as of August 26, with three new cases over the last seven days, and a total of eight over 30 days. The county does have two hospitalizations.
Washington is just one of six counties with low enough new cases, compared to population, to not reach level where the U.S. Centers for Disease Control and Prevention recommends wearing maks in crowded indoor spaces. The other five are Bent, Conejos, Crowley, Jackson and Otero. All five have fairly-low vaccination rates, with Conejos the top at 52.5 percent, and all six are sparsely populated.
While the increases are significantly lower than last fall and winter, the six-county region has had 87 new cases over the last seven days, 168 over 14 days, and 256 over 30 days, after cases were extremely low earlier this summer. There have been 18 hospitalizations in the region, and the one death, over the 30 days as of August 26.
Statewide, cases are at the highest level since April.