The Yuma High School girls basketball team experienced a rough start to its season with a 61-37 loss at Brush, Thursday night.

A new-look lineup, breaking in a new system under first-year head coach Jeremy Robinson, ran into an experienced Beetdiggers squad that featured plenty of scoring options.
Brush quickly ran out to 10-0 lead. The Beetdiggers then opened the second quarter on an 8-0 run to open up a 19-5 lead. It was 29-13 at halftime.
Yuma had a spark midway through the third with a 7-0 spurt to pull within 16, 40-24. However, the Beetdiggers quickly pushed the lead back to above 20. The margin stayed around there for the rest of the game.
Yuma shot 29 percent from the floor, making 14 of 48 shots. The Indians committed 28 turnovers, but did pull down 29 rebounds. 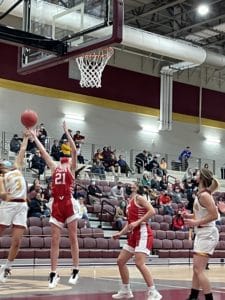