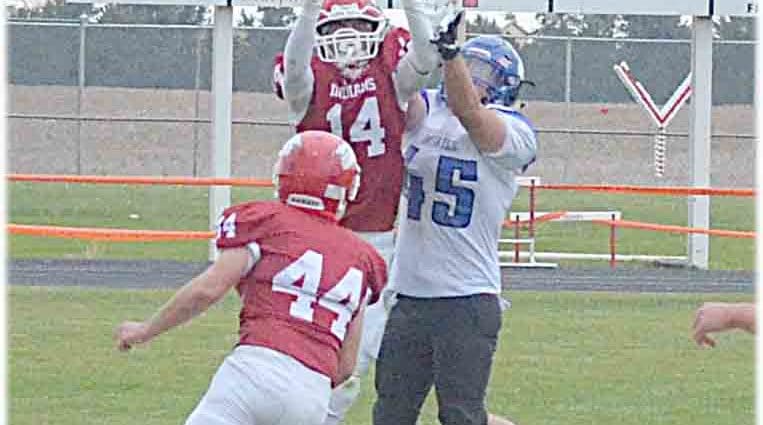 All football championship games in Pueblo

All seven classifications of the 2020 state football championship games will be held on the campus of CSU-Pueblo as part of CHSAA’s Championship Weekend this December.
The CHSAA office and the Pueblo-based Friends of Football made the joint announcement of the games on Wednesday.
The event will mark the first time in the history of Colorado high school football that all seven classifications will play at the same site as part of Championship Weekend, which is slated for Dec. 3, 4 and 5 at the Neta and Eddie DeRose ThunderBowl.
“This is an opportunity to showcase all seven levels of football — from schools with 30 students to schools with more than 3,000 — on the same field on the same weekend,” said CHSAA assistant commissioner Adam Bright, who oversees football. “This will be a great culminating event to this football season.”
The historic combination of playing all seven classifications at one site will result in the following schedule:
The 6-man and 8-man games will be held on Thursday, Dec. 3, at 2 p.m. and 6 p.m.
Friday, Dec. 4, will see the 2A and 4A games, at 2 p.m. and 6 p.m.
On Saturday, Dec. 5, the 1A, 3A and 5A games will be held at 10 a.m., 2 p.m. and 6 p.m.
The CHSAA Board of Directors unanimously approved the site move during a meeting on Tuesday evening.
“The unanimous vote speaks to our confidence in this plan,” said Troy Baker, the president of the CHSAA Board of Directors. “We are excited for Championship Weekend, and are celebrating the fact that the CHSAA staff has worked so tirelessly to put this plan together with the Friends of Football.”
CHSAA’s Season A began its championship season with golf in early October. Tennis, softball and cross country have all completed successful championship events.
“Our championship season started with golf, and then continued with tennis, softball, and cross country,” said CHSAA commissioner Rhonda Blanford-Green. “For me, this is about a celebration of the athletes, coaches, athletic directors and parents in our school communities; our officials; and the CHSAA staff. Even in the midst of the pandemic, our Association has found a way to celebrate high school athletics and activities. We are looking forward to celebrating football as the culmination of Season A.
The relationship between CHSAA and Friends of Football began in 2018 when the groups combined to put on the 2A and 3A state football championships at CSU-Pueblo.
“I want to thank the Pueblo community, the leaders within the city, the leaders at CSU-Pueblo, and the Friends of Football for not only advocating for this event, but wanting this event,” Blanford-Green said. “Their work and their history has shown they want this event. It’s always great to host an event where you’re wanted. They did everything they could to make this happen.”
“Friends of Football and CSU-Pueblo Athletics are very proud and excited to work through the challenges of 2020 for the benefit of student athletes from 6-man schools to 5A schools,” said Dan DeRose, president of the Friends of Football. “The Pueblo community will do all we can to make this a weekend that will never be forgotten.”The state football playoffs begin next week. State playoff brackets will be posted on CHSAANow.com on Sunday.