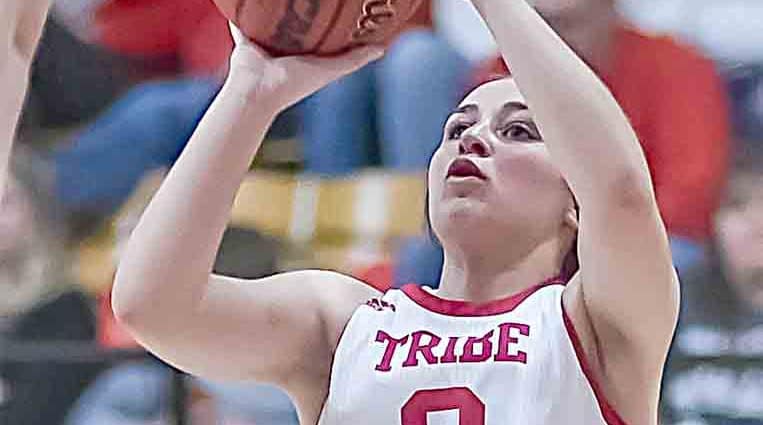 Yuma All-LPAA
Reagan Nolin — The senior closed out an accomplished career with another solid season for the Indians. Nolin averaged 12.6 points per game, second most on the team, and averaged 3.6 rebounds, 1.6 assists and 1.7 steals per game. She is ranked second among the league’s seniors for participation in the Colorado Coaches of Girls Sports, and the CHSAA all-star games.
Ema Richardson — The junior helped pick up the scoring after the graduation of the previous season’s seniors, leading the way by averaging 15.8 points per game. She averaged six rebounds per game, 1.4 steals and 1.2 blocks per game. Richardson

was invited to participate in the Northern Colorado All-Star game, as well as in The Show’s Top 20 1A-3A event. The games are not being held for now due to the novel coronavirus outbreak.
Honorable mention
Elle Roth — The sophomore stepped into a bigger role this season. She ledthe team in rebounding at 7.2 per game, and averaged 4.9 points, 2.2 assists and 1.2 blocks per game.