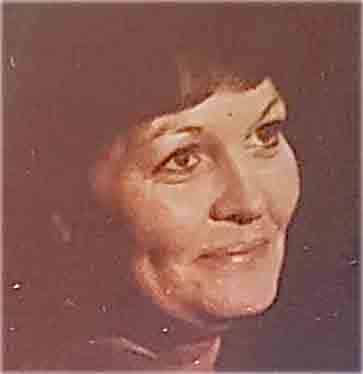 Carol Rose Krehmeyer was born on Feb 11th 1947 to Lila and Gerald Forsythe in Saint Francis, Kansas. Lila divorced and married Jim Foster who became Carol’s stepfather. Carol passed away on Sept 24th 2020 in Yuma, Co.
Carol was raised in Wray and went to Wray for school. She later moved to Fort Morgan where she worked at Bings Laundry and also met her future husband.
On July 26th 1968, she was united in marriage to Robert Paul Krehmeyer of Snyder, Colorado and to this union four children were born Robert (Jr), James, MaryAnn and Christopher. They made their home in Brush, Colorado and later moving to Wray, Colorado in 1986. Carol worked at Cederdale Nursing Home as a CNA and Sandhiller Resturant for many years. In 2019, she moved to Otis to live with her son’s James and Robert.
Carol loved working at the nursing home helping the residents. She loved horses and all her family. She loved seeing and spending time with her grandchildren and great grandchildren. She would do anything for anyone. Elvis Presley was her music and in her younger days loved dancing.
Carol was proceeded in death by Gerald Forsythe (Father), Lila (Mother) and Jim Foster (Stepdad), Terry Foster (Brother), Robert Krehmeyer (Husband), Infant son, Christopher and Infant grandson, Terrell.
She is survived by her sons, Robert (Jr) of Otis, James of Otis, daughter, MaryAnn of Wray, six grandchildren, Kobe, Nathan, Jasmine, Michael, Christopher, David, one great-grandchild, Braxten along with five brothers, Ronnie, Jimmy, Billy, Dannie, Timmy, two sisters, Phyllis and Cheryl. She will be missed dearly by family and friends.
A Memorial/graveside service & Inurnment was held October 2, 2020 at 2:00 pm in the Grandview Cemetery in Wray, Colorado with Pastor Glen Kline officiating.
A Memorials may be sent to the Carol Krehmeyer Memorial Fund, c/o Wray State Bank, 300 Clay Street, P.O. Box 277, Wray, Colorado 80758.
Schmidt-Jones Funeral Home was in charge of arrangements.