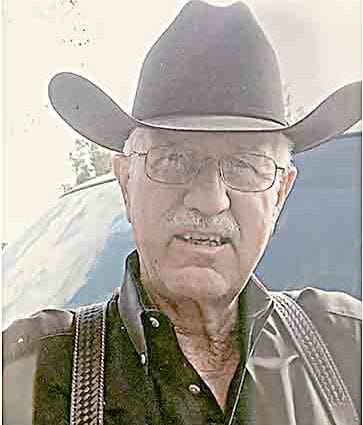 O.D. Crowl was born August 14, 1932 to Ila Pearl (Gregory) and David Othal Crowl in Butler, OK. He departed his earthly life on September 27, 2020 at the age of 88, in the presence of his loving family.
In 1952, he married the love of his life, Carole Joy Hamblin. O.D. met Carole when she was picking cotton as a teenager in Butler, OK. Standing in the back of the truck, O.D. dumped the cotton sacks for Carole and her friend, Ruth. Later that evening, dragging main street, the two began a relationship that lasted nearly 70 years. The rest is history!
O.D. and Carole were married August 17, 1952. He was drafted into the Army in December 1952 and became a paratrooper in the 82nd Airborne Green Berets. Committed to the Army Reserves most of his life, O.D. retired as an E-8 Master Sergeant in 1992, always proud to be a soldier!
Carole and O.D. had three children: David Paul (1955), Debra Ann (1956) and Diana Marlene (1958). O.D. was big brother to Jessie Ray, Jewel (Judy) Maxine Crowl Harper and Doris Ann Crowl Coker.
They were the dance winners of “who’s been married the longest” at many wedding receptions. O.D. and Carole loved to dance the jitterbug and two-step. He enjoyed classic cars and won many trophies for his 1948 Studebaker and 1957 Ford T-Bird.
O.D. was a sharp dressed man and no matter the weather, he was always in a pair of cowboy boots and hat throughout his lifetime. He was an avid reader and history buff, he had a love of horses, farming and raising cattle.
O.D. had a long career in automobile sales. In the 1960’s, O.D. and Jack Smith owned a Buick-Pontiac dealership in Weatherford, OK. Once they sold the dealership, O.D. started a large custom combining operation that took him from southern Oklahoma and went as far north as Baker, Montana for 11 years. He would custom harvest milo, corn and wheat. This is how he and his family moved to Yuma, Colorado in 1969. In 1983, O.D. and Carole moved to  Weston, TX and eventually settled in Van Alstyne, TX.
In Yuma, O.D. worked at Korf Chevrolet. He always had a deal for you and was known for the ability to sell ice to an Eskimo! He’d trade a horse as a down payment for a car. O.D. wouldn’t buy anything without haggling over the price. O.D. won a trip to Spain, and new-found friends nicknamed him “el cheapo” on the trip. He later started Yuma Truck Sales.
O.D. was a pilot most of his life and would fly his family to family events, truck sales, and car auctions. He taught Davey to fly.
O.D. is preceded in death by his parents, Ila Pearl and David Othal Crowl; Carole’s parents, Paul “Bill” and Bernice “Pauline” (Goodman) Hamblin; brother and sister-in-law; Jesse and Wanda Crowl; sister and brother-in-law, Judy and Gene Harper; brother-in-law, Bob Hamblin; brother-in-law, Billy Ray Hamblin and wife Delores and son-in-law, Rick Thornhill.
O.D. leaves his loving wife of 68 years, Carole, and his children, Davey and Deanne, Debbie and Diana, sister Doris (Gary “Slap”) Coker, and sister-in-law, Faye Hamblin. Nephews: Brad (Ann) Hamblin, Monte (Nancy) Hamblin, Bobby Jr. (Mary) Hamblin, Billy Hamblin, Greg (Cathy) Harper, Brad Baker, Gary ‘Scooter’ Coker and Mike (Debi) Crowl. Nieces: Patty Harper, Cindy (Matt) Mulder, Terri Wall, Carma Dee and Glenda Hamblin.
O.D. leaves grandchildren Kelly Crowl, Season (Brad) Parker, James (Liz) Munster, Tucker Thornhill, Regan Crowl and Genny Pritchett, along with the great-grands, Brittney, Maddy and Braydon Parker, & Jaxon and Emme Munster.
A memorial service was held on Saturday, October 3, 2020 at 3 pm at the First Christian Church on 274 South Waco Street in Van Alstyne, TX 75495.