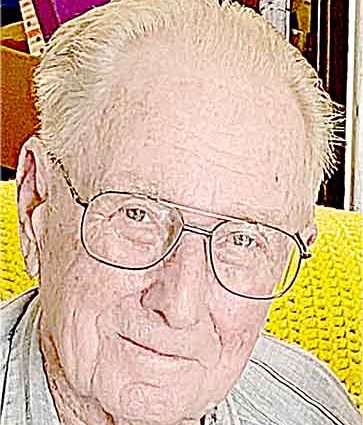 Virgil Laverne Schaefer, age 90, of Yuma, Colorado was born March 9, 1931 to Jacob Frederick and Myra Mallory (Maxon) Schaefer.
Virgil went to school to the 8th grade, then received his GED.
Virgil helped on his family farm until joining the United States Army. He served in the United states Army in the Korean war from 10/17/151 – 08/21/1953. He was then transferred to the Army reserve to complete 8 years service. After the army, he worked on the family farm and with his brothers at a service station both in Hot Sulfur Springs Colorado, and in Haxtun, Colorado.
While in Hot Sulphur Springs he met his loving wife Janet Eileen (Stone) Schaefer. They were married on April 6th, 1954 in Sterling, Colorado. They were committed to each other unconditionally and enjoyed 64 years of marriage. In 1963, Virgil went to work for the Colorado State Highway department and moved his family to Yuma, Colorado. In 1991, after 28 years of service he retired.
Virgil was a loving Husband, Father, Grandfather, Great grandfather. He enjoyed old country music, birds, dogs, gardening, fishing, camping and spending time with his family in the Mountains of Colorado.
Virgil is survived by his children Cheryl Raichart, Charles Schaefer, Stanley Schaefer, Laura (Jesse) Mondragon, Brenda (Erasmo) Garfio, his son in law Guadalupe Trejo, 17 grandchildren, 24 great grandchildren, sister-in-law Thyra Schaefer, numerous nieces, nephews and cousins.
Virgil is proceeded in death by his wife of 64 years, Janet, his infant son Virgil Jr., his oldest daughter Deborah Trejo, his son-in-law Edwin E. Raichart, his parents, his brothers, and three grandchildren.
A viewing service will be held on May 27 at 2 p.m. at Baucke Funeral home 128 Ash St. Yuma, Colorado 80759. A Memorial Service will be held Friday, May 28 at 10 a.m. at Baucke Funeral home at 128 Ash Street, Yuma, Colorado. Services will conclude for the public at the funeral home. A private family burial with military honors will be held at Fleming, Colorado where he will lay in rest next to his wife.
Cards and Condolences can be sent tot he family c/o Chery Raichart, PO Box 381, Yuma Colorado 80759.