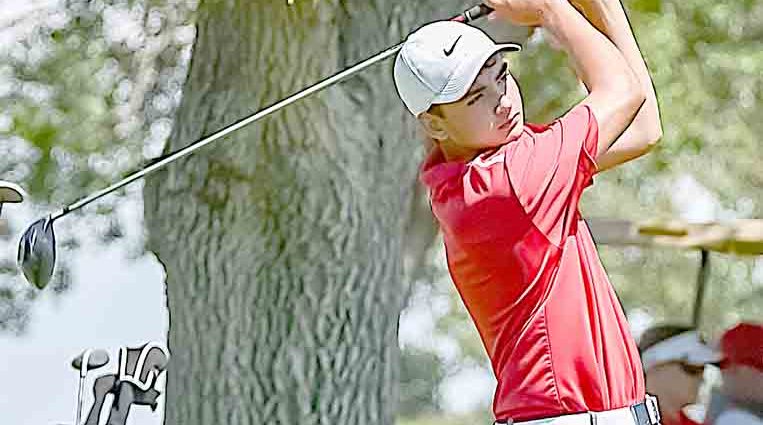 There will be at least one fall sport at Yuma High School for the upcoming school year.
Colorado High School Activities Association announced over the weekend that boys golf would could proceed as scheduled. Official practices begin Monday, August 3, and first competitions on Thursday, August 6.

That is the date the YHS team will open its season at the Brush Invitational.
“Just a chance to play means a lot to me, and tons to these kids,” coach Benjamin Weathers said Monday at Indian Hills Golf Course. “They’ve been putting in a lot of hard work, and it will be nice to see it pay off.”
YHS Athletic Director Michael Dischner expressed relief that at least one team will get to play its season.
“I am very excited that they get to go on uninterrupted,” he texted. “It has been frustrating sitting around waiting for answers so I am glad this is one program that has those answers and is able to proceed.”
Weathers said he anticipated CHSAA giving the green light. He explained that the Junior Golf Alliance has been having tournaments for the past several weeks with no COVID-19 related issues, and CHSAA kind of follows what the JGA is doing.
He noted that the alliance has been using tee times to reduce the golfers gathering together prior to the start of a tournament. Weathers said it still appears the high school season still will use shotgun starts, but was not sure yet what pre-tourney protocols would be in place. He said it has been announced there will not be awards ceremonies at the end of tournaments.
Weathers said he waiting to hear what rules Yuma School District-1 would have, such as possibly limiting the number of people on the mini-bus going to tournaments.
One new thing will be the exclusive use of electronic scorecards. State golf leaders have been pushing for the players to use the electronic scorecards for the past few years, but coaches have pushed back wanting to keep paper scorecards
That will change now as each player will have the scorecard app on their smartphone. Each golfer will keep someone else’s score, and then that player can push the “attest” button on their phone after checking it over at the end of the round.
Each hole’s score entered on the scorecard app will automatically upload to the Iwanamaker website, which provides electronic scoring of high school golf tournaments. Weathers said that means every tournament will be 100-percent live, which people can follow if they pay the monthly subscription fee to Iwanamaker.
“I was one of those (in the past) who thought we should probably keep paper scorecards,” Weathers said, “but now? These kids are so savvy with their phones, they’ll probably do it better than us coaches.”
Plus, it will relieve the workload on the coaches, who had to electronically enter the scores after the paper scorecards were turned into them at the end of a round
Weathers, who is entering his sixth years as the boys golf head coach, said there are 12 students out for the team this year, which is the most he has had.
Everybody returns from last year’s varsity foursome, which usually consisted of one junior and three freshmen, and several other players return, along with four incoming freshmen.
The roster includes senior Bryson Castillo, juniors Brekyn Josh and Lars Sims, sophomores Ethan Goeglein, Nash Richardson, Jayden Serl, Jack Blecha and Brenden Jones, and freshmen Kyle Schuetz, Fynn Sims, Rydge Peterson and Kaleb Jones. (The roster includes some players from Wray.)
Weathers noted that, except for a few days last spring, the golf course has been open throughout the COVID-19 pandemic.
“What have they been doing but play golf,” he said of his players. “It’s the only activity they’ve had most of this time.”
Qualifying rounds to determine the varsity foursome for next week’s season opener will be held Monday and Tuesday.

“Everybody has improved, and we’re going to have really, really good competition in practice,” Weathers said, adding that will only make everyone better.
As for the rest of the high school sports, CHSAA had not made an announcement yet as of this past Tuesday, stating it would do so as soon as the state approves its plans for all other sports returning to play. Golf did not require that approval, because it already met the current guidelines.