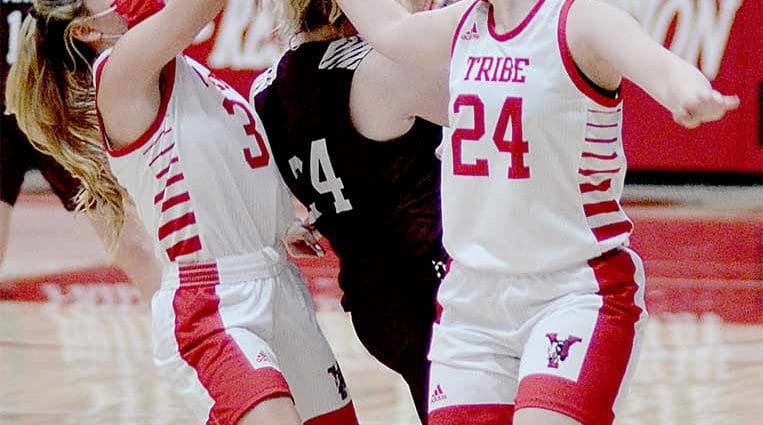 Any hopes for reaching the 24-team postseason likely went out the window Tuesday night, when the Indians dropped a 39-29 decision at Haxtun.

Yuma now is 1-7 overall, 1-4 in Lower Platte Activities Association play. The Indians somehow are going to have to win the rest of their remaining six games to even have an outside shot at advancing to the 24-team postseason field in 2A.
They had a rough performance from start to finish in Haxtun, but still had a chance at victory with under 2 minutes to play.
However, another rough shooting night and struggles against full-court pressure doomed the Tribe. The Indians shot 25 percent for the game, making 11 of 44 attempts, and committed 33 turnovers. Seven players had at least two turnovers, and four with four or more, topping out at eight.
The Indians once again displayed the resiliency of a winner. They fell behind 28-14 in the third quarter, but rallied to pull within two, 31-29, with 1 minute, 31 seconds left. However, missed shots and turnovers opened the door to Haxtun icing the game by scoring the final eight points.
Lea Richardson had a double-double with 13 points and 10 rebounds, Ema Richardson nine points and 13 rebounds, Meidi Reyes three points and two rebounds, Elle Roth two points and 10 rebounds, Emma Rayl two points and two rebounds, and Josslyn Munoz one rebound.
The Indians host Akron on Thursday, February 18, at 5:30 p.m.

2021-02-17
Previous Post: YHS boys wrestlers keep earning dual wins
Next Post: Rest of 2A should be worried about Yuma boys